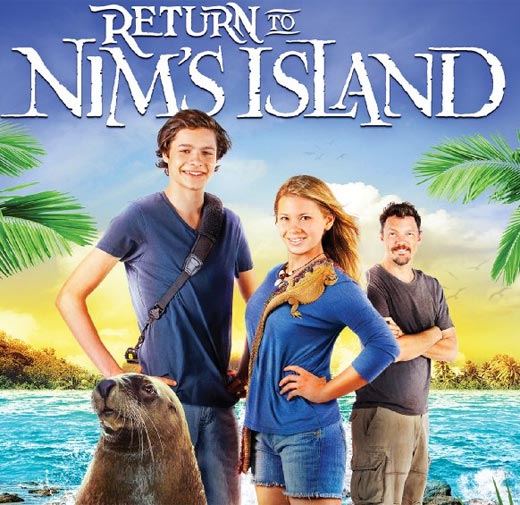 Thanks to  Walden Media & Hallmark  Channel for providing these materials, and PartnersHub.

Return to Nim’s Island, the sequel to Walden Media’s 2008 box office hit Nim’s Island, picks up the story a few years later with 14-year-old Nim (Bindi Irwin) more determined than ever to protect her island and the animals that call it home. With ruthless resort developers and greedy wildlife poachers threatening the existence she loves, Nim realizes she and her animal pals can’t defend their home alone. To save her island, she is forced to combine forces with an outsider: Edmund, a runaway from the mainland. Only with his help does she stand a chance of stopping the villains from dismantling her world.

Return to Nim’s Island marks the debut of Walden Family Theater, presented by Walmart and P&G.  The new destination for family entertainment, exclusively on Hallmark Channel.

Discover Which Adventurer You Are Quiz! Whether you’re a fearless explorer, a precocious castaway or an unexpected hero, Nims Island is an adventurer’s paradise. Take the quiz to find out which Nim adventurer you are!

7 Awesome Family Activities! You don’t have to travel to an exotic island or faraway land because, adventures happen everywhere!

Postcard from Nim’s Island! Postcards from a faraway island! Share these funny postcards from Nim’’s Island with your friends and family!

You can pick up your copy of Return to Nim’s Island on Blu-ray & DVD exclusively at Walmart Stores just 4 days after the premiere.