Another great Title and Giveaway 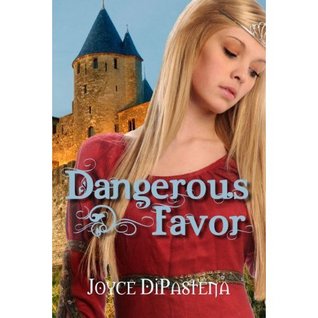 Dangerous Favor by Joyce DiPastena – From the Publisher:

Mathilde needs a champion.
Her father has been accused of stealing from the king, an allegation that has reduced her family to poverty. She has one chance to find and marry a man who can help her prove her father’s innocence. Lord Therri, heir to a rich barony, has the wealth and connections Mathilde needs to delve into the mysteries of her father’s past. Furthermore, Therri embodies all her romantic dreams.
Etienne, the younger son of a disgraced family, has neither wealth nor connections, but is smitten with Mathilde at a glance. She finds the knight intriguing, but believes he is only out to seduce her. While she seeks for a way to win Therri’s attention, Etienne tricks her into granting him her favor, an embroidered white ribbon, for a tournament, setting in motion a dangerous chain reaction of events. Can Etienne save Mathilde from a nightmare from her past and prove himself the true hero of her dreams?

“I laughed, I sighed, and at times, almost cried. Beautifully written, flawlessly researched, this book immersed me into the romantic, yet often dangerous, world of Medieval France complete with knights’ jousts and court intrigue.”

“Joyce DiPastena has lived true to her reputation and written another outstanding historical romance set in the tumultuous backdrop of France in the Middle Ages. With extraordinary skill, she has woven intrigue and danger around the exquisitely delicious romance between Etienne and Mathilde.” 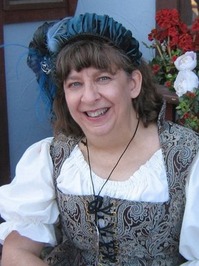 I am the author of three “sweet” medieval romances, Loyalty’s Web (a 2007 Whitney Award Finalist), Illuminations of the Heart (past RWA Heart of the West Winner, and a 2009 Whitney Award Finalist), and Dangerous Favor (2012 release). I’ve also written a short medieval Christmas story titled “An Epiphany Gift for Robin” published in the Christmas anthology, Stolen Christmas and Other Stories of the Season, also available as a “single” on Smashwords.

$50 Amazon Gift Code
Open to anyone who can legally enter and use an Amazon.com gift code

To enter fill out the rafflecopter form.