Ahhh, Florida. When you picture it, you probably imagine sunny skies, beautiful beaches, palm trees, and theme parks to explore. The truth is that Florida is all that, but it’s so much more, too!

Because of all of the attractive aspects of Florida, people relocate there all the time. It’s important to do a little research though before you pick a random destination thinking you know what to expect. What you actually get when you head to the Sunshine State depends on the region that you move to.

Before you keep reading, go ahead and remove all stereotypes of Florida from your mind. Ignore the idea that there’s too much traffic in Orlando because of Disney and the other theme parks. Ignore the preconceived thought that the weather is too hot or the land is too flat.

Whatever your preconceptions are on the state, push them off to the side and have an open mind as you learn about the truth behind the Sunshine State’s iconic three regions and how they work together to create a place where anyone can go to find just about any lifestyle they are looking for, making it one of the most popular states to relocate to from all over the world.

The 3 Regions and Why You Will Love Them

Anyone who has ever driven through Florida from tip to top will tell you it’s not a simple joy ride. Florida is approximately 500 miles from north to south and 160 miles from east to west at its most distant points.

Of that wide stretch of land, the state is divided into three iconic regions: central, north, and south. Each region has its own beauty that it is known for.

The ridge of central Florida is considered to be one of the oldest parts of the state, home to scrub communities not found anywhere else. Because of this, the habitats are attractive to people looking for a warm, sunny climate with a mix of geography.

It also helps that those who are hesitant to move to the state because of the occasional hurricane know that the high ridge and inland areas are less likely to be affected. But still, an occasional hurricane as opposed to annual, ongoing freezing temperatures, blizzards, tornadoes, and earthquakes is something many people willingly deal with for the rewards of Florida living.

The majority of the area is flatland, but it contains more than 1500 lakes and ponds to explore. There are a variety of wetlands and different forests, but you can also find sandy beaches along the coastline.

In fact, the unique ecosystem and geography found in central Florida interested 19th century railroad builders. They knew that agriculture, such as citrus and forest products, would be enough to encourage industries to boom. They also knew that many tourists would flock to the warm climate, abundant lakes, and beautiful beaches.

Now, the railroads remain an important part of the region’s history. You can still travel by train or other transportation to reach the area. But you’ll find that the 21st century has caught up to the historical sites and cities, and theme parks such as Disney World and Busch Gardens make central Florida a popular tourist destination for people all over the world.

Some places, like those found at glencreek.metroplaces.com, encourage the privacy and charm that once attracted visitors from all over, while still incorporating the amenities of today’s technology and luxury living.

No matter what lifestyle interests you, you can probably find it in central Florida.

Areas like Pensacola, Tallahassee, and St. Augustine are the perfect blend of historic charm, sunny beaches, temperate to warm weather, and seasonal climate changes without the severe snowy temperatures. You won’t find any mountains, but there are enough hills and elevated areas to please those looking to avoid prairies and flatland for miles and miles.

Sometimes people turn away from the idea of moving to Florida because it can get extremely hot throughout the year. But north Florida’s average temperature has a high of 79.5 degrees and a low of 55.7 degrees. It still feels warm because of the humidity and tropical region, but you won’t have to worry about constant extreme heat and high electric bills because of your air conditioning running nonstop.

While central Florida attracts tourists and residents looking for plenty of action or rustic charm, north Florida offers pristine sandy beaches and nostalgia for older days. The capital city of Tallahassee and the oldest city of St. Augustine offer individuals a glimpse into life as it would have been hundreds of years ago, with the amenities of today’s living.

Other benefits to northern Florida living include quick access to nearby states. Since Florida is such a long peninsula, it’s usually easier to take a vacation or day trip to another interesting area of the state.

But those who live in north Florida can choose to make their destination someplace other than the state itself and head off to explore Georgia, Alabama, Mississippi, or any of the other nearby states that can be reached within a few hours of their homes.

Much of the area caters to wildlife, beaches, history, and art. There’s more beauty to be found in north Florida at any time of the year than many people realize, meaning that those who get to live there year ‘round enjoy the perks of Florida’s warm climate mixed with the enjoyment of watching the seasons change.

South Florida is home to a variety of cultures, making it a great place to go if you’re looking to blend in and learn about new ethnicities. Florida is proud of the diverse population it attracts, but south Florida is especially prone to encouraging new heritages to roost there.

The global communities make their way to the peninsula in the hopes of finding a land that encourages their uniqueness to grow. In south Florida, you’ll find that the foods are authentic and expansive in their selection, the music and art ranges from historical charm to contemporary modern with a variety of cultures found regularly, and the architecture reflects dozens of styles and heritages.

Those looking to relocate to South Florida often consider Miami as their first city of choice, but there are so many more areas to head to if you’re looking to avoid the traffic and congestion of big city life.

The Miami/Metropolitan area encompasses the majority of the southern part of the state, but it’s not all fast-paced living. Cities such as Coral Springs, Fort Myers, Homestead, Jupiter, and Palm Beach Gardens mix beaches, agriculture, and history with modern-day technology.

Island getaways like Key West, Key Largo, and the multitude of other “key” destinations attract visitors from all over but still manage to keep the laid back, lowkey, slow-paced lifestyle.

Chances are, you won’t head for driving vacations up the state if you’re short on time, but from the southern tip of the state, you can opt for visits to other countries instead. The many ports in the area offer quick, inexpensive visits to Cuba, the Bahamas, Jamaica, and other tropical islands that find themselves on bucket lists regularly.

You’ll find everything from airboat rides and alligator viewings to cruise ship ports and in south Florida. If the lure of a sunny, tropical climate is beckoning you to relocate, south Florida awaits you with all its cliche Florida beauty.

Ready to Move Yet?

Maybe you’re looking to get away from the harsh temperatures of your area or the long, freezing winters that just keep getting longer every year. Maybe you’re just looking for a place to move to that has it all within driving distance of your home. Or maybe you just want to be where the action is.

Whatever your reasons for your upcoming relocation, put your current plans on hold and do a little more research into what Florida has to offer. It’s more than just the stereotypical sandy beaches, pink flamingos, and sunny weather. If you are looking for just about anything other than mountains and snow, there’s a region in Florida that likely has the answer to your search.

A Way of Life: 7 Things Harley Davidson Owners Love About Their Bike the Most 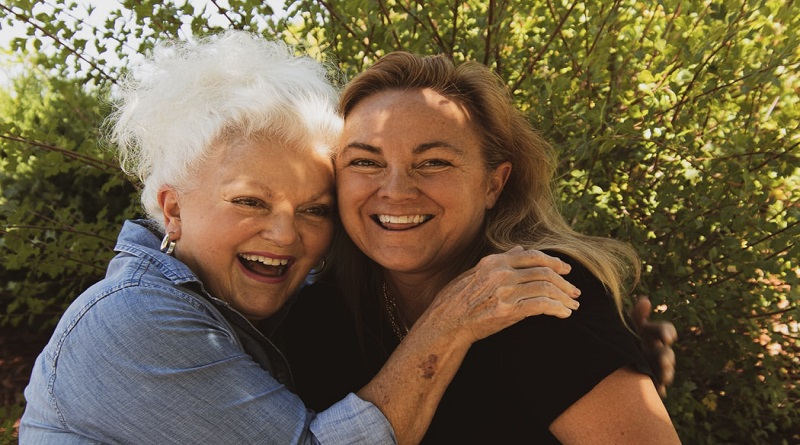