QUEEN OF KATWE is based on the vibrant true story of Phiona Mutesi, a young girl from the streets of rural Uganda who is introduced to the game of chess by Robert Katende, a former missionary and soccer coach, and goes on to become an international chess champion. 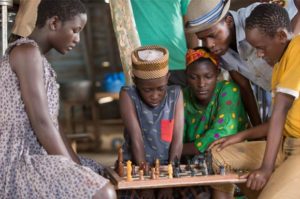