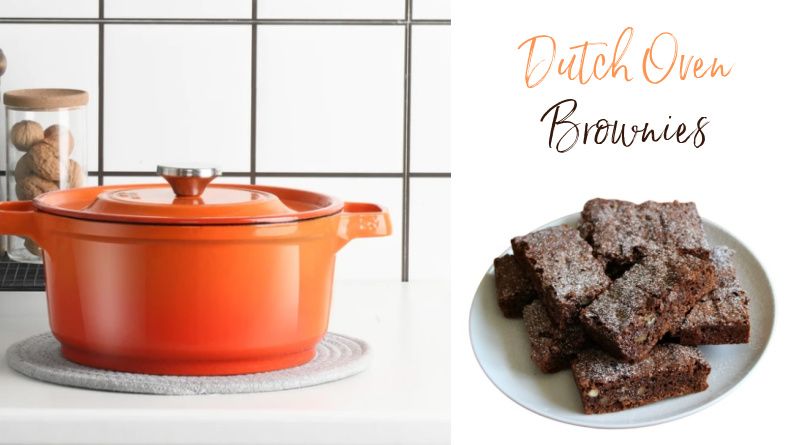 Dutch oven brownies are a fabulous dessert for family camping trips as well as evenings around the fireplace.

If you haven’t got a Dutch oven, here’s what one looks like https://unocasa.com/products/enameled-cast-iron-dutch-oven

There are two recipes here: one for making Dutch oven brownies from scratch and the other for when you’re out camping, and you might want to use a brownie mix.

Preheat your oven first to 350 degrees F. Grease and flour your Dutch oven.

Melt the butter, oil, and cocoa powder in a large pan over low heat. Once everything has mixed and is melted, remove the pan from heat and stir in the sugar and vanilla.

Mix well while adding the eggs, one by one.

Now add the flour, baking powder, and salt and mix again, but don’t overmix. Add the nuts and chocolate chips, and fold them in with the spoon or with a spatula.

Pour all of the batter into your Dutch oven, and bake at 350 degrees for 35-40 minutes. Test with a fork: the fork should come out clean.

Remove the Dutch oven from the heat and serve while still warm.

If you are going camping with your family and you want brownies but with less prep work, this recipe is for you.

Pour the batter into a cast-iron Dutch oven. (You can use a Dutch oven liner if you wish to make cleanup easier, but you won’t get that cast-iron flavor.)

Place a few coals under the Dutch oven (4 to 7 depending on your Dutch oven size.)

Put 15-20 hot coals on top of your Dutch oven (again, depending on the size.)

Bake for 20-30 minutes. You’ll want to check after 20 minutes to see if your brownies are done. Do this with a fork or toothpick (it should come out clean.)

Let the Dutch oven cool for a few minutes before serving (it will be very hot!)

Serve your brownies with your favorite toppings, or better yet, get everyone to help themselves to their favorite combos.

Can I use both recipes for camping?

Both recipes work well for camping. All you need to do is use a Dutch oven that can go over coals. When it’s time to bake your brownies, make sure there are at least 8 coals on the bottom of your Dutch oven and 17 (approximately) on top.

You’ll want to check the brownies after 20 minutes.

Do I have to use a Dutch oven?

If you are making this recipe at home, you can use a baking pan. The beauty of a Dutch oven is that cast iron keeps in the heat. With the lid on, a Dutch oven steams your brownies while they cook, so they stay moist – they won’t dry out on top.

What can I add to my brownies if I don’t like walnuts?

If you don’t like walnuts, you could substitute chopped pecans or almonds. You could also skip the nuts altogether, but check the cooking time as your brownies may be done sooner (which is no bad thing!)

What can I serve with Dutch oven brownies?

These brownies are delicious with:

Where did brownies come from?

We don’t know for sure who made the first brownie, but one story is that Bertha Palmer, a Chicago socialite, asked a pastry chef to make a dessert for women attending a Columbian exposition in 1893. She wanted a sweet dessert that would be smaller than a cake, which could be included in packed lunches. The result was the Palmer House brownie.

Another story is that brownies were invented in Bangor, Maine, by Bangor housewives. A recipe for Bangor Brownies appeared in a cookbook in 1905.

Whoever created the brownie, we are well indebted to them, as brownies are one of the world’s most popular desserts over 100 years later! 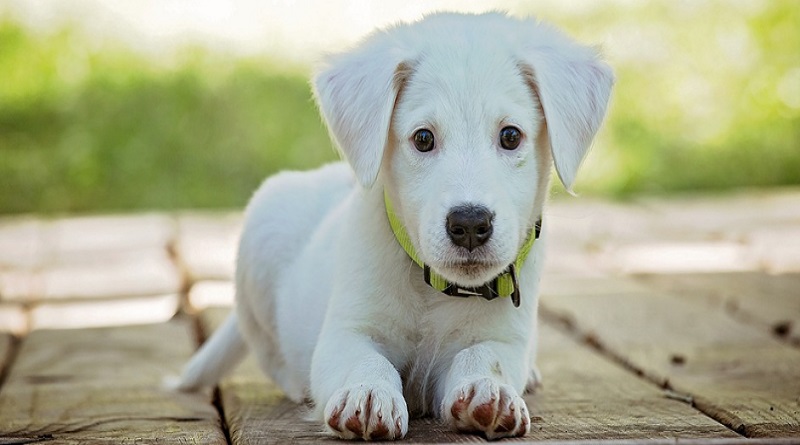 Can You Have A Dog When You Work Full-Time? 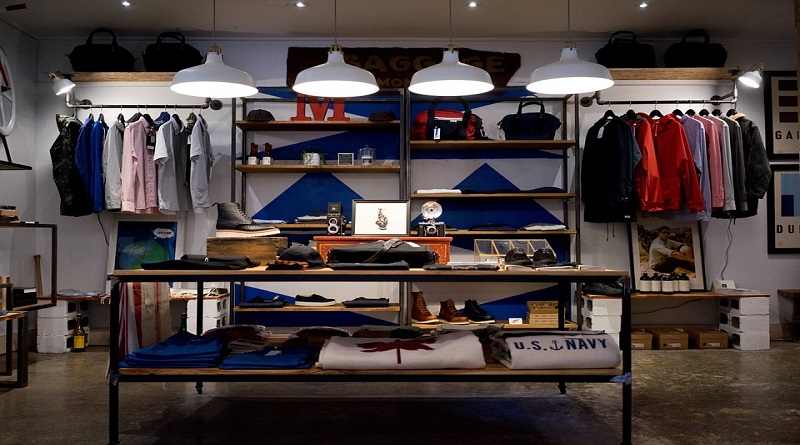