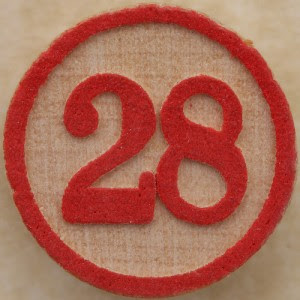 For too long we have been too complacent about the workings of Congress.  Most citizens have no idea that members of Congress can retire with the same pay after only one term, that they donn’t pay into Social Security, that they have specifically exempted themselves from many of the laws they have passed (such as being exempt from any fear of prosecution for sexual harassment) while ordinary citizens must live under those laws.  The latest is to exempt themselves from the Healthcare Reform that is being considered…in all of its forms.  Somehow, that doesn’t seem logical.  I truly don’t care if they are Democrat, Republican, Independent or whatever.

The self-serving must stop.
This is a good way to do that..
It is an idea whose time has come.
Proposed 28th Amendment
to the United States Constitution:

“Congress shall make no law that applies to the citizens
of the United States that does not apply equally
to the Senators and/or Representatives;
and, Congress shall make no law that applies
to the Senators and/or Representatives
that does not apply equally to the citizens of the United States”.
*SIGH*
Article 5 of the US Constitution specifies two procedures
for amendments…
1.  2/3rds of the the states legislatures call for a
constitutional convention, at which new
amendments may be proposed,
subject to ratification by 3/4ths of
the states.  The constitutional convention method
allows for the Constitution to be amended
by the action of states alone and cuts
Congress out of the equation – no
Congressional vote or approval is required.
However, not once in the history of
the United States have the states ever
called a convention for the purpose
of proposing new constitutional amendments.
2.  The proposed amendment be approved by
both houses of congress by a 2/3rds majority
in each, and then ratified by 3/4ths
of the states.
(So what is the real likelihood of a supermajority of
Congress in both houses, EVER voting for an
amendment that would place ANY type of
restrictions upon themselves?)
This is truly scary when you really think about it!
In accordance with FTC Regulations: I receive books and other products at not cost to me, in exchange for my HONEST review. Ple
ase scroll all the way down to the bottom of the page, for my Full Disclosure!
To get your own policy, go to http://www.disclosurepolicy.org
Just a Thought on the 28th Congressional Amendment
Tweet
Pin
Share
Share
Share
0 Shares

0 thoughts on “Just a Thought on the 28th Congressional Amendment”