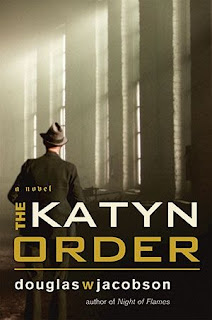 The German War Machine is in retreat as the Russians advance. In Warsaw, Resistance fighters rise up against their Nazi occupiers, but the Germans retaliate, ruthlessly leveling the city. American Adam Nowak has been dropped into Poland by British intelligence as an assassin and Resistance fighter. During the Warsaw Rising he meets Natalia, a covert operative who has lost everything—just as he has. Amid the Allied power struggle left by Germany’s defeat, Adam and Natalia join in a desperate hunt for the 1940 Soviet order authorizing the murders of 20,000 Polish army officers and civilians.
If they can find the Katyn Order before the Russians do,
they just might change the fate of Poland.
Guest Post from author Douglas W. Jacobson 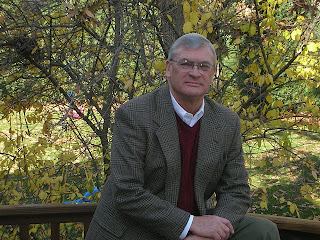 Why I love (and write) historical fiction novels
By, Douglas W. Jacobson
Who could ever forget Natalie? The strikingly beautiful, strong-willed heroine of Herman Wouk’s classic historical novels, Winds of War and War and Remembrance. We followed Natalie through Poland in 1939, then to Italy and her love affair with Byron, and finally, when her luck ran out after a series of nail-biting escapes, to the death camp of Auschwitz. And along the way we gained a greater understanding of the greatest human conflict in history, World War Two.
This, to me, is the wonder of well written, well researched historical fiction. We are entertained by fascinating characters and exciting plots, all while becoming immersed in real-life history. When I think about historical fiction—stories set in the firm foundation of real life—I’m reminded of the old saying, “You can’t make this stuff up.” And it’s true. There is nothing we can imagine that is any more intriguing, sometimes devastating, other times euphoric, than the actual human experience throughout history.
And what better way to experience human history than through finely crafted works of fiction. From Herman Wouk’s World War Two classics, to Charles Frazier’s Civil War masterpiece, Cold Mountain, Ken Follett’s spellbinding story of 11th century intrigue, Pillars of the Earth, or Jean Auel’s incredible tale from the beginning of history, Clan of the Cave Bear, historical fiction transports us through time on the wings of some of literature’s most interesting characters.
We can fight the Napoleonic Wars alongside Bernard Cornwell’s, Captain Sharpe, or the Spanish Civil War with Hemingway’s, Robert Jordan. We can feel the grit of the Oklahoma Dust Bowl as we trudge along with John Steinbeck’s, Joad family, or share the secrets of biblical slaves and artisans through the eyes of Jacob’s only daughter, Anita Diamant’s, Dinah.
Certainly all genres of literature have their place, and their following among readers. Students of history will always rely on great non-fiction treatises for their research and dissertations. Science fiction will always be there to propel us into the world of dreams and fantasy. Biographies will be there to delve into the lives of those who create history, and children’s literature will continue to launch tomorrow’s new readers.
But as an author, I love the challenge of creating original characters then sending them on their way though a labyrinth of actual historical events. They may survive, or they may not, they may fall in love, become consumed with rage, be courageous in the face of danger,
or shrink away in fear. But the plot will be perfect. After all, it’s history.

Douglas W. Jacobson is an engineer, business owner and World War Two history enthusiast. Doug has traveled extensively in Europe researching stories of the courage of common people caught up in extraordinary circumstances. His debut novel, Night of Flames: A Novel of World War Two was published in 2007 by McBooks Press, and was released in paperback in 2008. Night of Flames won the “2007 Outstanding Achievement Award” from the Wisconsin Library association. Doug writes a monthly column on Poland’s contribution during WW2, has published articles on Belgium’s WW2 escape organization, the Comet Line and other European resistance organizations. Doug’s second historical novel, The Katyn Order, which will be released in May, 2011, focuses on one of history’s most notorious war crimes, the Katyn massacre.
You can visit his website at www.douglaswjacobson.com.

In accordance with FTC Regulations: I receive books and other products at not cost to me, in exchange for my HONEST review. Please scroll all the way down to the bottom of the page, for my Full Disclosure!
To get your own policy, go to http://www.disclosurepolicy.org
THE KATYN ORDER, by Douglas W. Jacobson – Tour and Guest Post
Tweet
Pin
Share
Share
Share
0 Shares

0 thoughts on “THE KATYN ORDER, by Douglas W. Jacobson – Tour and Guest Post”