Over 2 years ago I  fractured  the 2nd sesamoid bone in my right foot – along with breaking the 2nd toe, in three places.

I’ve had to stay off the foot as much as possible, so that the sesamoid bone could heal – which it has – YEAH!

BUT – the breaks in the toe were another matter all together. Because the breaks did not get diagnosed when I  had the first x-ray done,  they healed in a really bad way.  My kids and grand kids call it my Candy Cane Toe. It has caused constant pain, but the surgery to correct it is quite tricky, so I decided that I’d live with it.  BUT – a couple of months ago, I managed to bash that same toe, into the same door jam, that cause the breaks in the first place.  OUCH!  I couldn’t take the pain any longer, so last Thursday, I went back to see the surgeon, (who properly diagnosed the damage – after the first radiologist missed it – and who treated me with cortisone injections), and another x-ray was taken. WOW – that was a run on sentence.  My English teachers would be so proud.

I am so special…I managed to totally obliterate the joint between the middle and distal phalanx. When the doctor looked at the film he said that it looked like I had taken a sledge hammer to the toe. 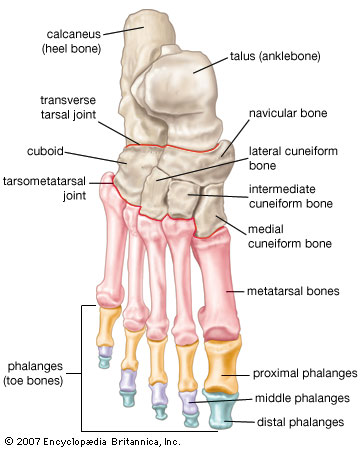 This is actually an “easy” fix, but I have to have the toe straightened out, in order to move the toe back into it’s original position.

So, this is what’s gonna happen – as best as I can explain it:

1.  A slit will be cut horizontally across the toe where the joint used to be.  This mess will be cleaned up as much as possible, and then  a  hollow screw will be inserted into the distal and middle phalanx.  Hopefully the bones will fuse together.

2.  Another incision will be made – this time in the middle phalanx.

3. A wire will be inserted into the hollow screw and be pushed down through  to where the incision is made in the middle phalanx.

4.  The tendons will be cut on one side, and the other side will be tightened up with stitches.

5. That wire will be pushed farther down, and be attached to the metatarsal.

6.  The wire will be pulled tight, until the toe is straightened out.

7.  The wire will then be attached to the distal phalanx and the tip of the wire will be snipped off (jutting out of the top of my toe).

8.  The incisions will be sutured closed.

9.  My toe will be bandaged, and my foot placed in a boot.

Woo-hoo,  I get to wear the boot 24/7 (yep – I have to sleep with it on) for at least 6 weeks.  If the wire should pop before the 6 weeks is up, they go right back in, and do it over.  Once the wire has been in place for 6 weeks, I will have the wire pulled out.  NOW – there is a chance (about 50-50), that the toe will not stay straight.  If this is the case, the doctor will go back in, and remove the middle phalanx, and then instead of having a Candy Cane Toe, I’ll have a Floppy Toe.

I am thrilled that I won’t have to go under General Anesthesia.  A Local and  Heavy MAC sedation will be used.

I’m not thrilled that I am now very physically limited on what I can do.  I had just gotten a script for RXercise, and was going to start working with a specialist in exercise and nutrition. I was already really overweight when I first broke my foot, and I’ve continued to pack on the pounds for the last 2 1/2 years.  I hardly recognize myself when I look in the mirror.  I hurt everywhere, and I’m miserable.  Hopefully there will be light at the end of the tunnel.  I have to have patience, but it sure seems like it’s going to take forever, for me to take back my health and well being.

I do have a few things to take my mind off the wait for the surgery (in mid March).

I’m going to Florida next weekend, for my father’s 90th birthday.  Then I’m going to Cancun (post coming up soon), in mid February.  When I get back from Cancun, I’m heading to Utah.

My life is just so exciting, I can hardly stand it – pun fully intended:-)

0 thoughts on “Continuing Saga of my Broken Foot”