Skip to content
I loved Lemon Tart and Devils Food Cake…
and can’t wait to sink my teeth into Key Lime Pie!
Yep – Sadie is back and I am anxiously waiting
for my copy to arrive:-) 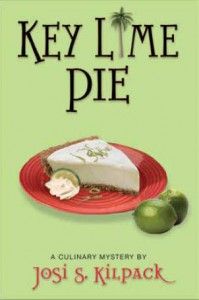 From the Publisher: When Sadie Hoffmiller’s new friend, Eric Burton, receives word that his missing daughter’s body may have been found in Florida, he immediately packs his bags, but Sadie is determined to stay home and prove to everyone that she is not a busybody.

But when she senses Eric is hiding something, Sadie is compelled to take action. Before she knows it, she’s in the heart of Miami, trying to piece together a trail littered with broken relationships, mysterious strangers, and forged documents that might just provide Eric the answers he’s been desperately searching for—or reveal a truth he may not be ready to face.
Sadie must also face a difficult question: Where is her heart leading her? Onward into Eric’s adventurous arms? Or back home to the stable and steady Pete Cunningham? If only love was as easy as following a recipe.
Once again, Sadie finds herself in the company of some colorful characters and on the hunt for some good old-fashioned southern cooking. But despite the drama and intrigue, all Sadie really wants is to go home . . . as soon as she does just one more thing. 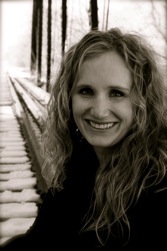 About the Author: Josi S. Kilpack grew up hating to read until her mother handed her a copy of The Witch of Blackbird Pond when she was 13. From that day forward, she read everything she could get her hands on and accredits her writing “education” to the many novels she has “studied” since then. She began writing her first novel in 1998, while on bedrest with a pregnancy, and never stopped. Key Lime Pie is Josi’s twelfth novel, and the fourth book in the Sadie Hoffmiller Culinary Mystery Series. The other novels in the series are: Lemon Tart (Book 1), English Trifle (Book 2), Devil’s Food Cake (Book 3). While the books all feature Sadie Hoffmiller as the main character, they stand alone in regard to plot and can be read as a set or as individual titles. Josi currently lives in Utah with her husband, four children, one dog and varying number of chickens. For more information about Josi, you can visit her website at www.josiskilpack.com or her blog at www.josikilpack.blogspot.com

Here’s just a little taste:-) Sadie stared into those eyes and when he leaned into her, she found herself steeling herself expectantly. He was going to kiss her.

And she was totally going to let him.
Inches from making contact, however, Eric paused. “Mark my words, Sadie Hoffmiller, the first time our lips meet, it will be you kissing me.”
He stepped back while Sadie tried to make sense of what he’d just said, and what he hadn’t done. Her eyes snapped to meet his laughing ones, an expression on his face that told her in no uncertain terms that she’d proved something he’d suspected all along.
Sadie opened her mouth but could find no words. She wasn’t used to being made a fool of and felt instant heat rush up her spine. The ringing of his cell phone saved her from having to respond—some heavy metal song she didn’t want to know the title of. AC/DC she thought. He winked at her while digging the phone from his pocket.
“This is Eric,” he said into the phone moments later, turning away from Sadie who stood with her hands balled into fists at her sides. How dare he trick her into saying things she shouldn’t have said.
She narrowed her eyes, waiting for him to get off the phone so she could tell him what she really thought of him, but then she noticed his eyes go wide. “What?” he breathed before going silent again. He made eye contact with Sadie, a pleading scared look on his face that drained her of all her anger. “Yes,” he continued, “I can fax them to you in about ten minutes.” He pulled the phone away from his ear and stared at it for a moment before turning it off.
“What?” Sadie asked as he turned toward her, a frightened expression on his face that. “What’s happened?”
“They found a body in Florida,” he said, looking away for just a moment before meeting her eyes again. “They think it might be my daughter, Megan.”

In accordance with FTC Regulations: I receive books and other products at not cost to me, in exchange for my HONEST review. Please scroll all the way down to the bottom of the page, for my Full Disclosure!
To get your own policy, go to http://www.disclosurepolicy.org
KEY LIME PIE – by Josi S. Kilpack – Feature/Tour
Tweet
Pin
Share
Share
Share
0 Shares