Sometimes your dog will try and communicate with you, but you won’t understand what exactly they’re trying to say. They can’t speak to us or point to the area that hurts, so it’s your job to make yourself more aware of what they’re doing and why they’re doing it.

Here are some common signs that your dog isn’t feeling too well. 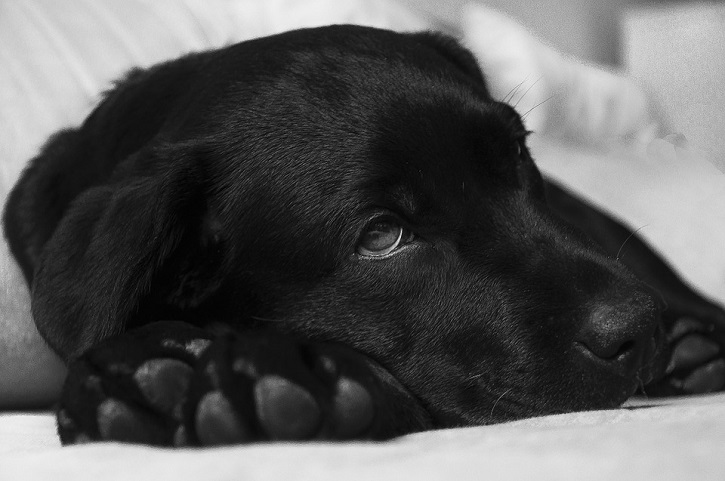 Dogs scratch, so do we, but when it becomes a little more than usual, that may be a sign that there is a problem. It could be one of many things, an allergic reaction to something – and if that’s the case, you will need to work alongside your vet to find the cause. Or it could be that they are suffering from ticks or fleas, in which you will need the appropriate dog flea medicine to kill them and prevent them from coming back.

Some dogs may even end up scratching and chewing their fur out because they’re stressed. The more they scratch, the more discomfort and frustration they will feel, so try and put them at ease.

If your dog stops wanting to go out for walks or play games, like fetching the ball and chasing you around in the garden – they are most likely trying to tell you something isn’t right. Dogs should always be enthusiastic (unless they’re extremely old!) Not wanting to be active anymore may mean that something isn’t right internally. Maybe they have a stomach ache or are feeling nauseous, which will explain the not wanting to move about. Take them to the vet so you can find out the cause.

If your dog is starting to get irritable throughout the day, like being unable to fall asleep because they can’t get into a comfortable position, this may be a sign that something is bothering them. A lot of restlessness can be caused from toothaches, because the pain in the mouth eventually works its way up to the head, giving them an uncomfortable headache. Try and calm your pup down by stroking them, and if they refuse that, call your vet.

If you see your dog start to change in appearance, this may be a hint that they’re unwell. Maybe they have lost a lot of weight when they shouldn’t have, or they have small bumps under their skin. This could mean many different things. They may have an ear infection or even a tumor. Never leave it up to chance – if you suspect something is wrong, go straight to the vets.

Refusing to eat is one thing, but refusing to drink water is even worse. As humans, think about how dehydrated and thirsty we get if we haven’t drank anything for only a day. Well, your dog will be having all the same effects, none of them being good ones.

Dehydration is extremely dangerous to animals, even more so because they aren’t aware of the effects until it’s too late. You can test if your dog is dehydrated by pulling their skin up on the back of their neck, if the skin doesn’t drop back down immediately, your dog is in urgent need of water.