We have a couple new members of our family…thus my Turtle Tales.

My grandson and his friends, found these two little guys(?) and of course he just had to keep them.

so I needed to come up with an inexpensive habitat for them.

At first, I didn’t have any plants in the container, and the turtles just buried themselves into the dirt.  When I added the plants, I was satisfied, but the little stinkers used them to climb out.  I don’t know how, but one day the littlest one got out, and I found him all the way across the house, in my bedroom!  So, I removed a lot of the dirt and moved the plants inward, and that seems to have stopped the escapes.

The bigger guy likes to climb up into the plant on the far right, to sunbathe! 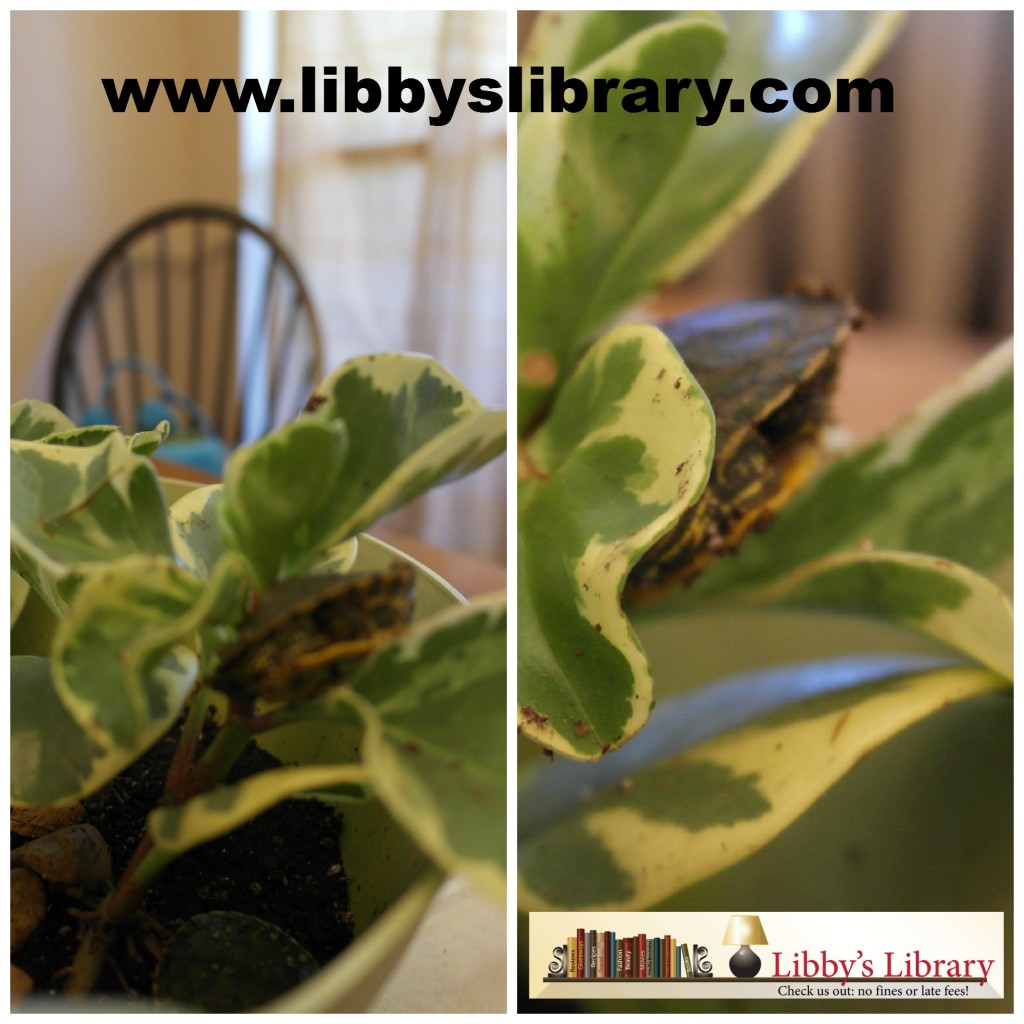 Sorry that the pic is blurry.  I favor one camera over the other, when it comes to closeup shots, but this is the camera that I grabbed.  I’ll post again, with some better photos of sunbathing in action.

As the day progresses, his little feet will hang out of his shell, along with his tail.  He will stretch is neck out, soaking up as much of the sunlight as he can.  He will stay in the same position for hours on end.  When the sun begins to set, he climbs back down and will get into the water for a dip before he’s ready for bed.  Usually the little one will climb onto the bigger turtles back, and sleep on top of him, throughout the night.

We’ve had a lot of fun watching their antics.  I’ll miss them when my grandson heads off to visit his dad over the summer, as I’m sure that he will want to take the turtles with him.