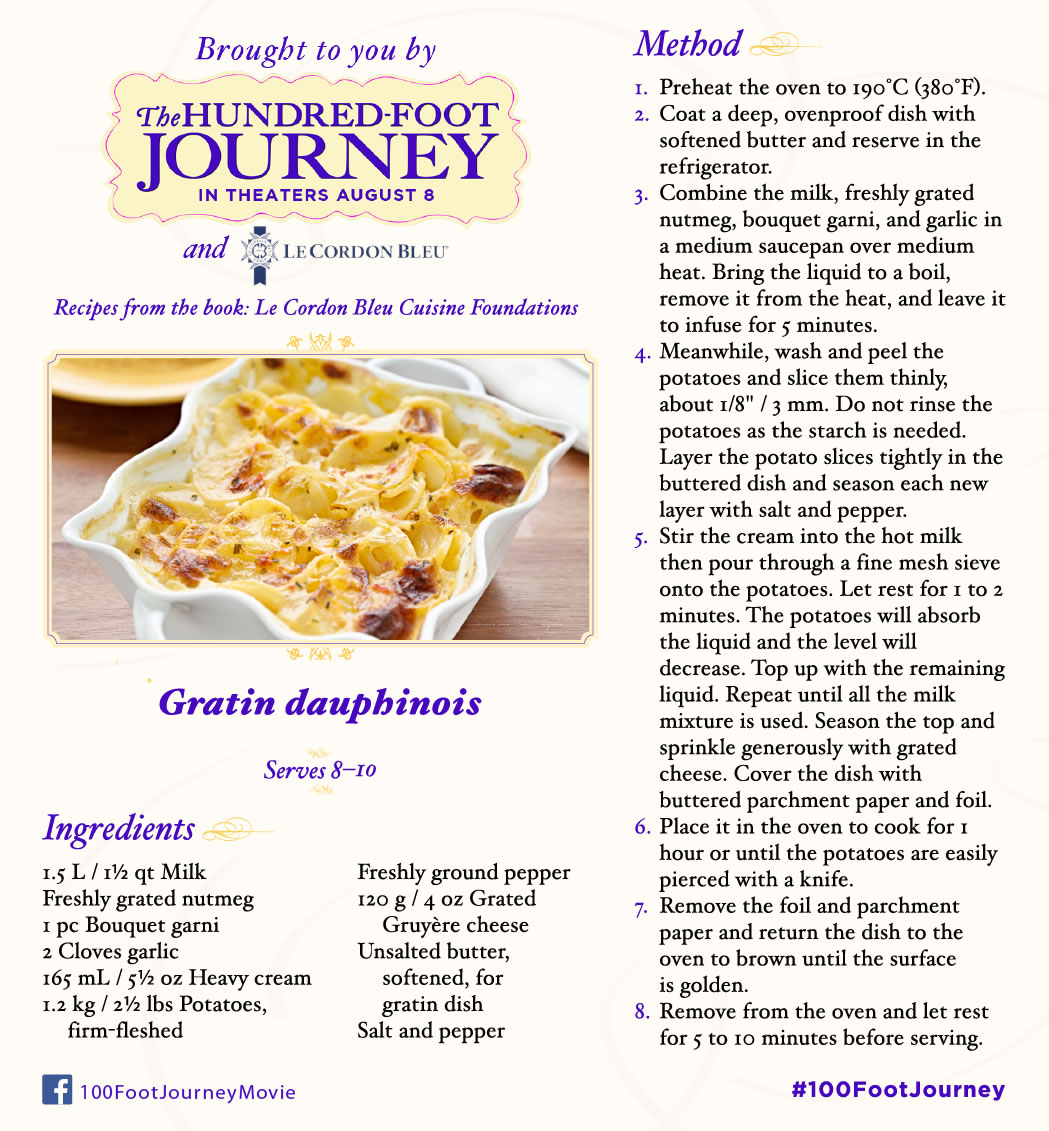 So who else is excitedly waiting for The 100 Foot Journey to come to a theater near you? I LOVE Helen Mirren, so this one is on my MUST SEE list.  THE HUNDRED-FOOT JOURNEY arrives in theaters everywhere on August 8th! 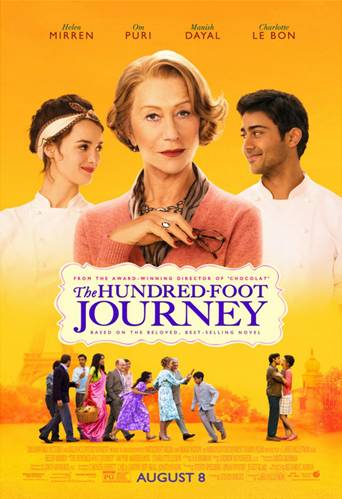 Thanks to DreamWorks Pictures’, I’ve got a a couple of great recipes for you, and a fun clip from the movie.

THE HUNDRED-FOOT JOURNEY is rated PG

In “The Hundred-Foot Journey,” Hassan Kadam (Manish Dayal) is a culinary ingénue with the gastronomic equivalent of perfect pitch. Displaced from their native India, the Kadam family, led by Papa (Om Puri), settles in the quaint village of Saint-Antonin-Noble-Val in the south of France. Filled with charm, it is both picturesque and elegant – the ideal place to settle down and open an Indian restaurant, Maison Mumbai. That is, until the chilly chef proprietress of Le Saule Pleureur, a Michelin-starred, classical French restaurant run by Madame Mallory (Academy Award®-winner Helen Mirren) gets wind of it. Her icy protests against the new Indian restaurant a hundred feet from her own escalate into a heated battle between the two establishments until Hassan’s passion for French haute cuisine — and for Madame Mallory’s enchanting sous chef, Marguerite (Charlotte Le Bon) — combine with his mysteriously-delicious talent to weave magic between their two cultures and imbue Saint-Antonin with the flavors of life that even Madame Mallory cannot ignore. At first Madame Mallory’s culinary rival, she eventually recognizes Hassan’s gift as a chef and takes him under her wing.

“The Hundred-Foot Journey” abounds with flavors that burst across the tongue. A stimulating triumph over exile, blossoming with passion and heart, it is a portrayal of two worlds colliding and one young man’s drive to find the comfort of home, in every pot, wherever he may be. 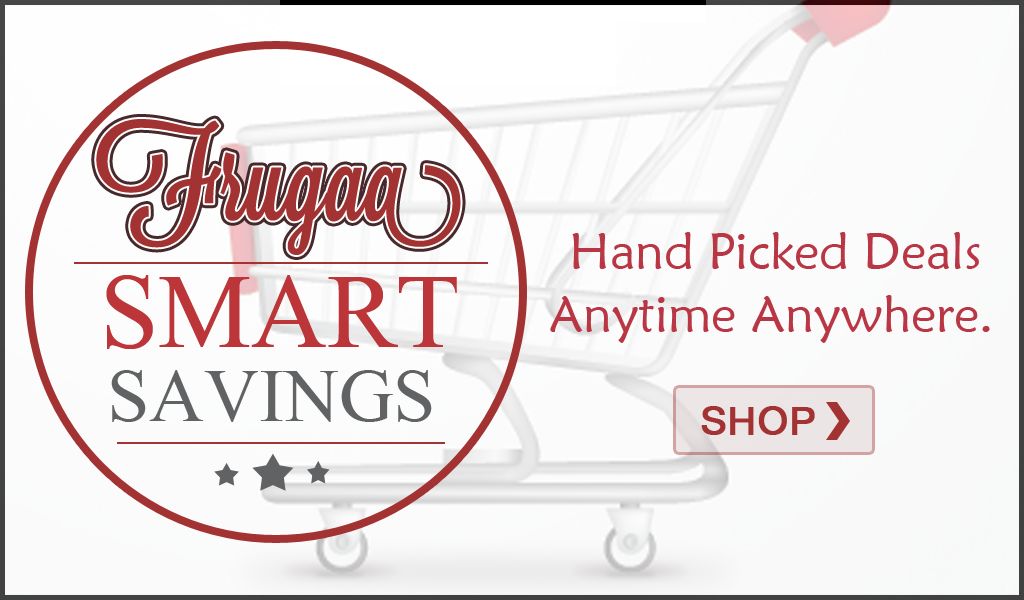 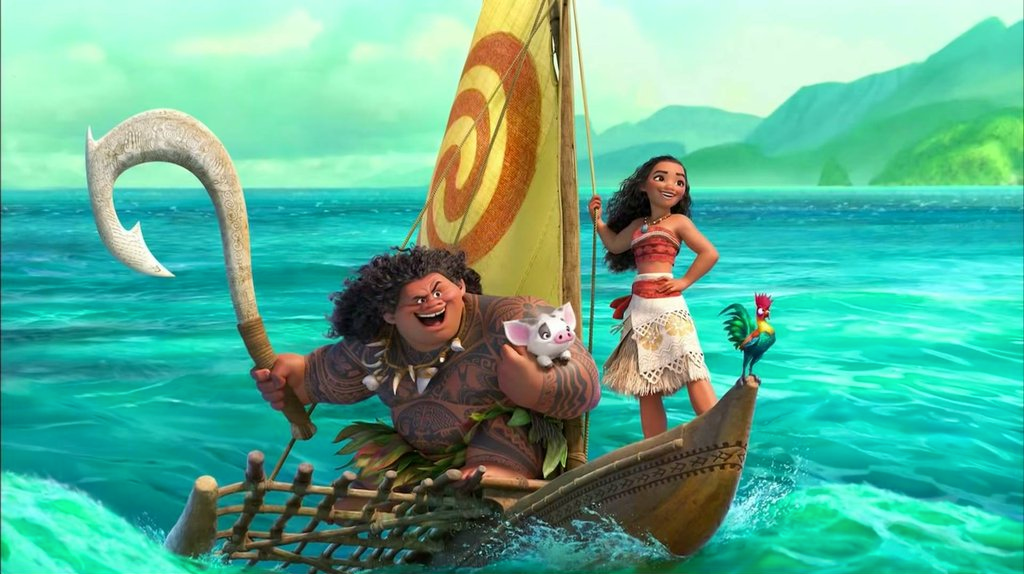 Check out Moana Activities and More

20 thoughts on “The 100 Foot Journey #FoodieFriday”