There are few celebrations and commitments more important than a wedding and marriage. Such is an integral part of the fabric of society. Beyond the responsibility are the feelings behind it all. We select a mate for life. Love is hardly strong enough to describe the emotional bond supporting the union of marriage.

There is little wonder that we celebrate the anniversary of this event year after year. It’s not just about bragging rights for longevity. It is like New Year for the relationship – an opportunity to commit anew, and make lasting resolutions to improve what needs attention, and enhance that which is already great.

Beyond that, it is an occasion to say, I love you in new and surprising ways. Anniversary presents are not about the gifts themselves. They are tangible expressions of an unspeakable yearning to let the other know how special they are.

This fact can place a lot of pressure on the giver. For no gift can bear that burden on its own. It stands as a symbol of all that cannot be put into words or boxes. So focus less on the things that credit cards can buy, and more on they things they can’t. You already know what is in your heart. Here are a few suggestions for what can go in those boxes:

Even if you don’t have an official flagship Apple Store nearby, you can still see and handle the latest offerings from the world’s most valuable company. There are many Apple store authorized dealers in under-served parts of the country that not only provide all the goods and services you would expect, but also that Apple store feeling of quality and service.

That is the kind of place you want to go for anniversary tech gifts. You can do a little better than the Geek Squad. You want high quality tech and knowledgable sales representatives. When tech is your anniversary gift, you want to get it right and make sure it works out of the box as expected. Consider an Apple Watch or a HomePod for that little something special.

One of the most meaningful types of gifts you can give on any occasion is one that you made with your own hand. There is no end to the creative anniversary gifts you can make yourself.

Home made anniversary presents extend well beyond arts and crafts. There are also the things that can be put into words in the form of letters, and poems, and song. What makes this type of gift special is not that from which it is made, but the place in your heart from which it comes. You can never go wrong with this one.

The perfect place to find anniversary gift inspiration may be in your computer’s photo library. We all get excited about taking a bunch of photos while on vacation. However, those masterpieces are often neglected and forgotten once the unpacking begins.

Take a walk down memory lane and revitalize those reminders of the journey. Have those images put into an artfully designed photo book. Hold one or two back for large-format printing and framing. You already have the pictures. You just have to put them to work.

Nothing says you would do it all again like actually doing it all again. If it has been a while since you said your vows, it may be time to remind the one you love of what you said, and that you still mean it with a renewed passion.

It doesn’t have to be a big wedding. But it should feel like the first time, only more refined. The venue, the celebrant, the invitations, the dress and tux, even the honeymoon should get a do-over. You can keep it simple by decorating your backyard garden with simplistic, yet comfortable touches.

Anniversary presents are not about what is in the box. So feel free to think outside the box. Tasteful tech, something creative, photos, and renewal ceremonies are all excellent places to begin. With a little effort, it is easy to make each anniversary even better than the last.

Looking for a great way to package those special gifts?  All you want can be found in Harry Print. 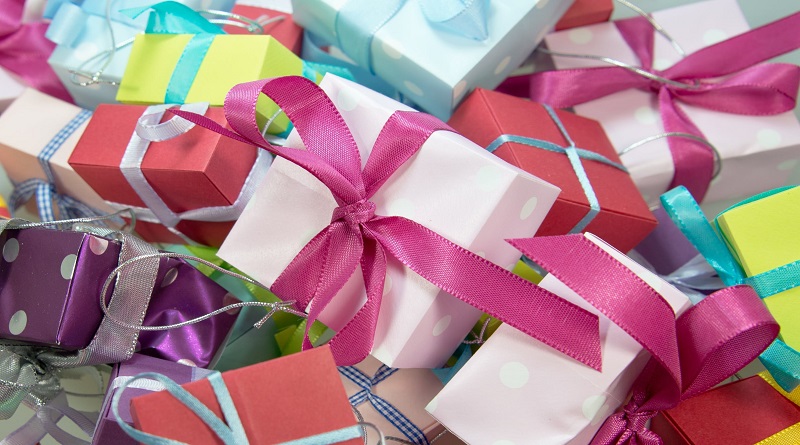 Perfect Gift Ideas for Your Husband