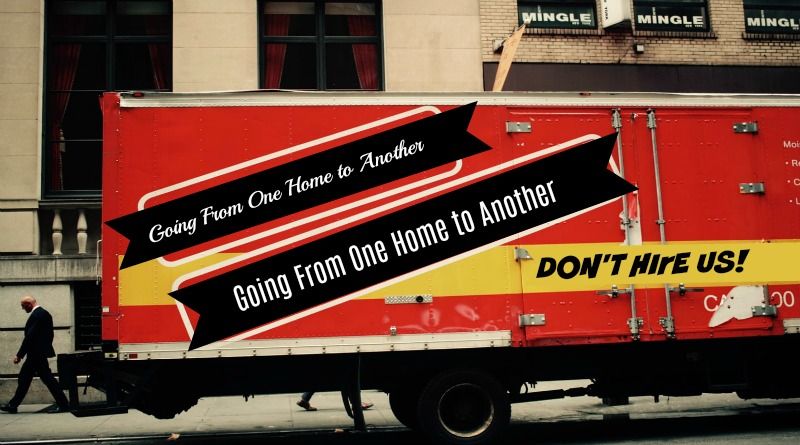 Home and Garden Libby Says
October 4, 2019October 11, 2019 Libby 149 Views 3 Comments Horrible Moving Experience, Moving, What NOT to do when you are planning a move

My life has been turned upside down and inside out.  Let me tell you a bit about it starting from the beginning…and ending with our Horrible Moving Experience!

A while back, our youngest daughter was diagnosed with CLL – Chronic Lymphocytic Leukemia.  Having to hear that your child has cancer is devastating.

CLL is a type of cancer that causes ones bone marrow to make too many lymphocytes.  Lymphotcytres are a type of white blood cell.  Although this type of Leukemia usually gets worse slowly, it is also almost always found in adults that are in their 70’s.  Out daughter is only 29. Depending on the age of the patient when CLL is diagnosed, sometimes doctors don’t even recommend treatment.  When they do, it’s usually an oral form of medication.  Due to the severity of our daughter’s disease and because of her being so young, they began medication right away.  Unfortunately it was not successful, so she began chemotherapy.

So, to say that were were stressed is an understatement.

We were so torn – wanting to be there with her, but my husband still works full time, and financially, it would be beyond our reach unless I just went myself.  Sonnie didn’t want that. She felt that it would be such a hardship on us, that she insisted that she could do this on her own, with the help of her sisters that were near by, and with a few close friends.  As a mom, this was a very bitter pill to swallow.

Fast forward a couple of months, and my husband found out that his job was going to be terminated (a long story in itself that I won’t go into – at least for now anyway).  He was able to get another job right away – just 20 minutes from our daughter, so he took it without hesitation even though it was a 60% cut in salary.

We planned to either have him go ahead, staying with a son and daughter-in-law, while I stayed behind to start purging our belongings and packing up what I could. Another son, daughter-in-love, and grandson lived with us, so I wouldn’t be alone, and would have help.  The other option was for the four of us to pack up everything over a 2-3 week period and put our things into storage.  Then we would stay with a son and daughter-in-law, and our son, daughter-in-love and grandson would go stay with her father.  Another daughter (we have a big family – 10 grown kids and 26 grand kids & a brand new great grandson), and son-in-law offered to not only flip our home to be sold, but also to arrange for movers for us. How could we pass that up?  They flip homes for a living, so we knew that we would be in good hands. 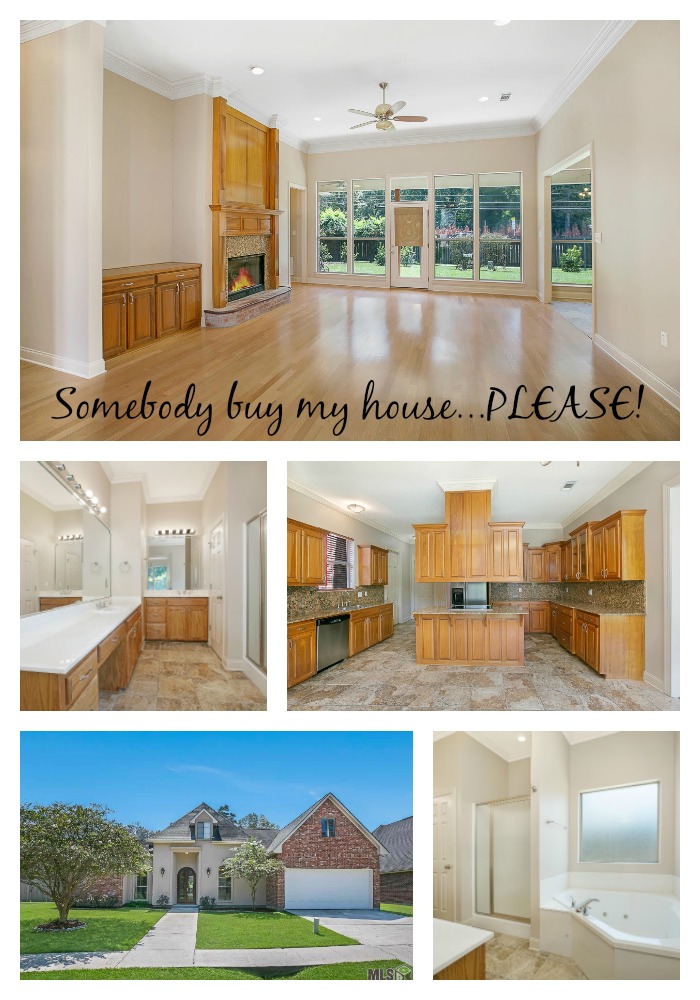 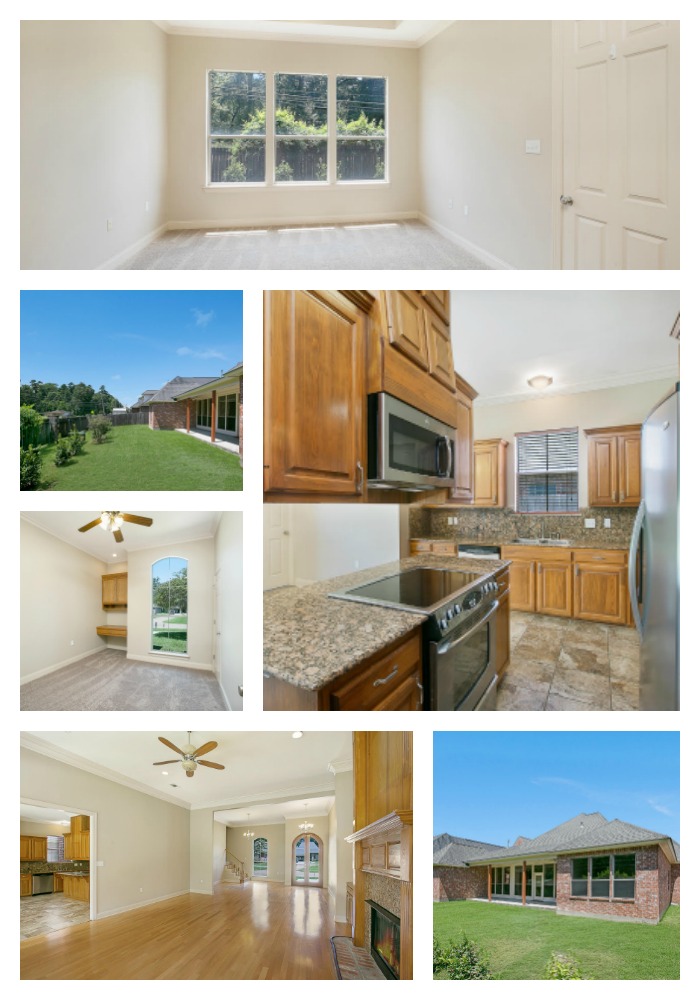 Talk about a whirlwind.  I’m still trying to catch my breath!  All good right (accept for the cancer, the massive cut in pay, losing Gabe, and having to give up the hens)? 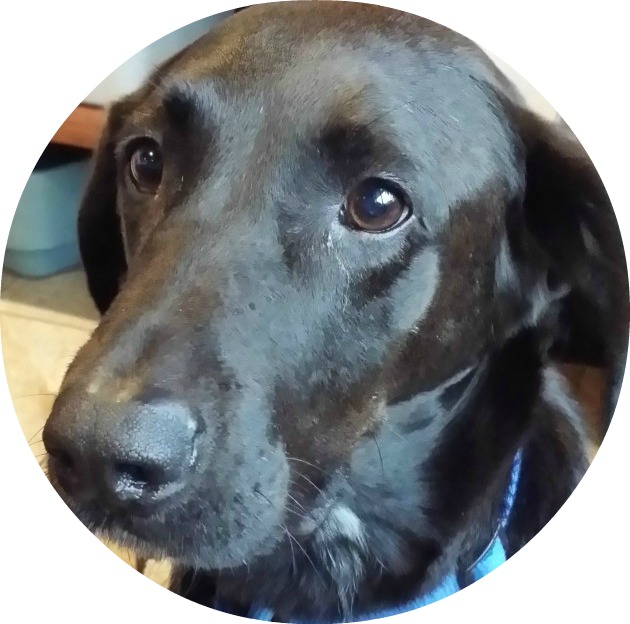 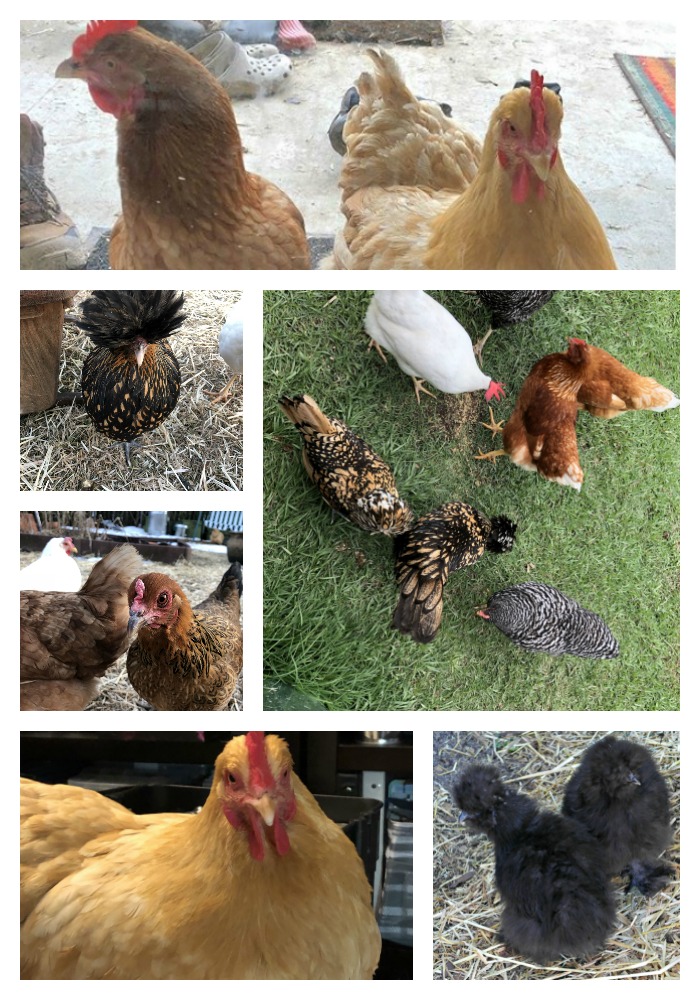 The movers got a late start on Monday, and shortly after they started packing, one got called away due to a family issue.  The next day, they started late again.  My husband got frantic as we had already made arrangements to meet with our new landlord on Wednesday – to sign the lease and get the keys to our rental home.  He didn’t want to have to drive all night, so our wonderful realtor (who is also a dear friend) offered to go over to our house when the movers were done – sign off with them and lock up after them.  They had her cell number, and were supposed to call her when they were almost finished.  She lives just 8 minutes from from us, so it wouldn’t be difficult for her to pop over as soon as they were ready to leave.  We headed on down the road, and she waited….and waited…and waited.  When she finally got the call from them, it wasn’t what she expected.  They told her that they had left an hour earlier and had just decided to lock up and go.

Here’s the thing – they didn’t have a key, nor did they have the code to the lock box!

On Wednesday we met with the landlord, got the keys, had the power and water switched over to our name, signed up for garbage & recycling pickup, and made an appointment for the installer to come hook up our internet. On Thursday, my husband was ready, along with several of our kids, to meet the movers when they arrived.  Thankfully our son-in-law who had done the contract with the movers, was on hand.  When they arrived, he was surprised that they came with just two trucks, and not the three that was agreed upon (and the down payment was made for).  Folks, it just went downhill from there. He paid them the balance on the price for two trucks – which made them mad (too bad so sad). Then once we started unpacking, the real horror began.  In just a few hours, my son-in-law called the bank and stopped the check.

You see, we found that they had either left behind, broken or lost, at least 50% of our belongings. We called our realtor and she headed over to the house.  She was horrified when she saw what they had left behind.  The second truck didn’t have enough room. They didn’t bother getting the third truck – just left what wouldn’t fit.

Left behind, damaged, or missing. 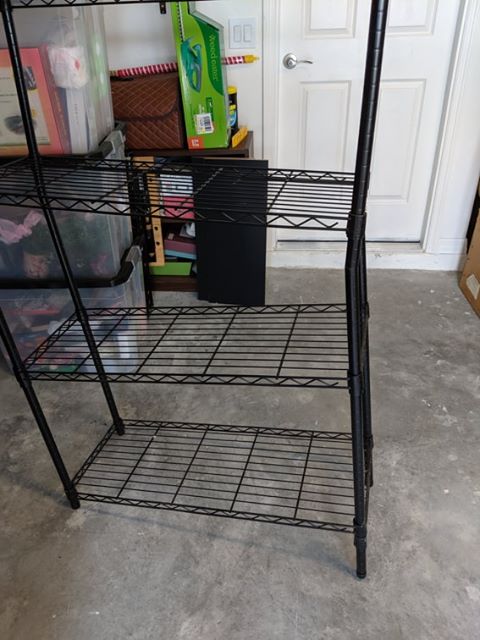 And the list goes on and on and on. Used packing boxes not re-labeled. Silk plants put in the bottom of boxes with heavy items placed on top.  A old dog bed in the bottom of one box with my hanging clothes dumped on top (hanging rod was broken).  Three printers in one box – no padding. They used an entire case of MY tissue paper, to wrap contents from my office/studio. And get this – with all the stuff that they left behind or improperly packed – the bozos took the ceiling fan remote controls off the walls and wrapped and packed them. Go figure. 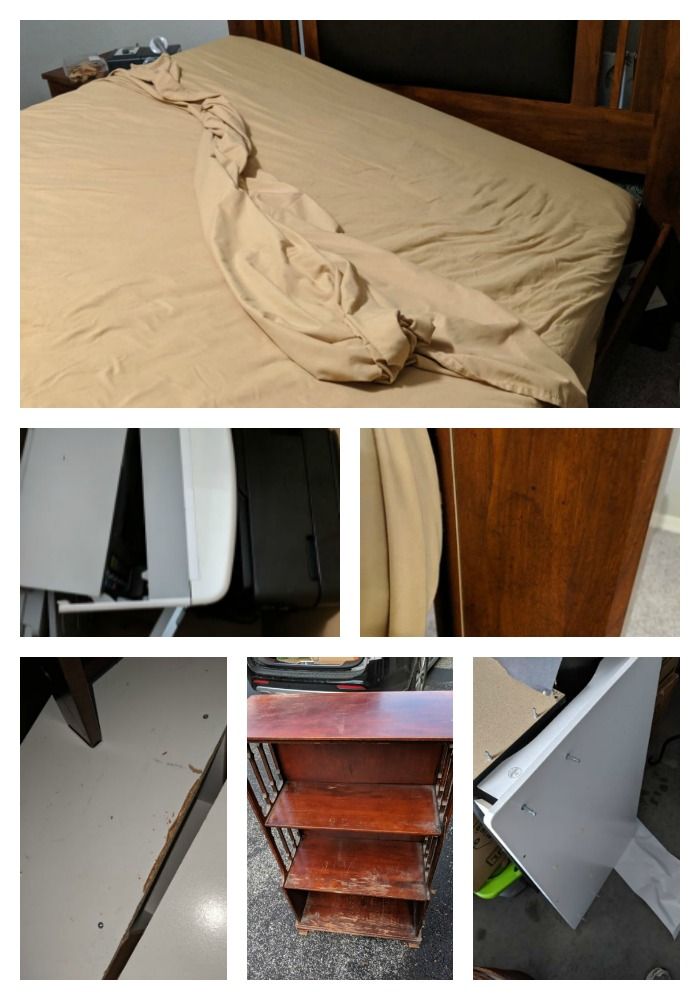 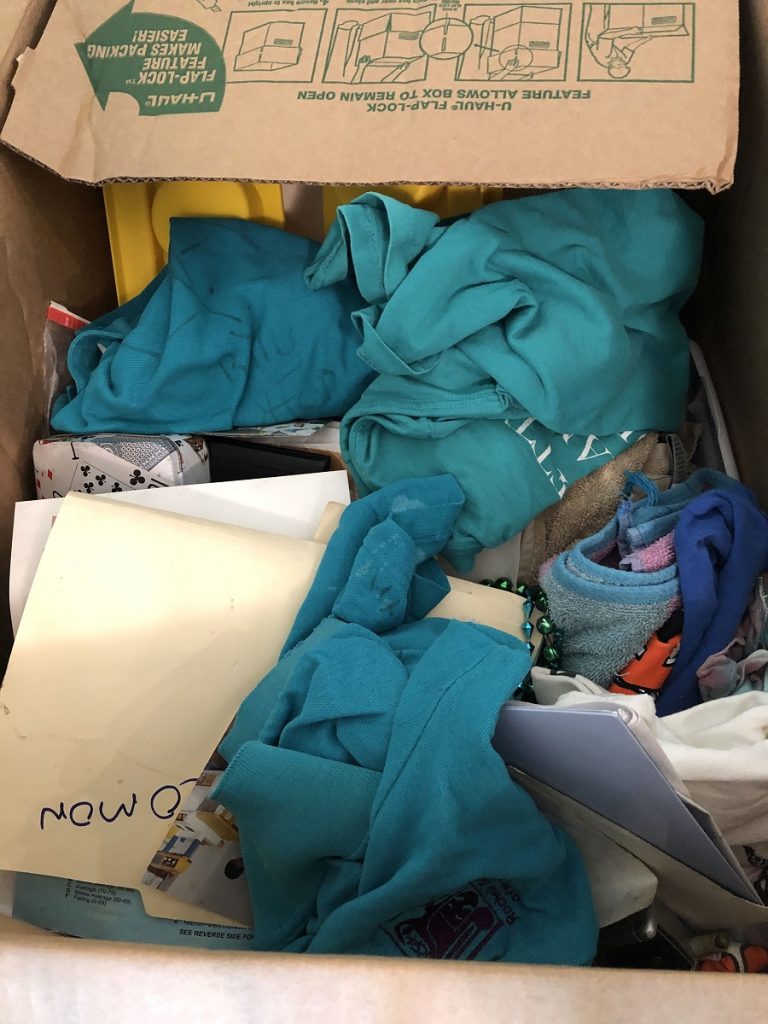 The first night that we stayed in the house, my husband got into bed, and it fell in on him.  They didn’t bother to screw in the slats under the mattress and box springs – didn’t even bother to space them out.  It’s a miracle that he didn’t break his neck!

They left behind, damaged, or lost, thousands upon thousands of dollars worth of our belongings. They have sent threatening texts, made phone call after phone call to us, and the kicker – reported US to the police for the stopped check.

At this point, due to legalities, I’m not going to name the company. But, I will encourage you to Do as I say and not as We Did.

NEVER EVER LEAVE YOUR MOVERS ALONE. Stay with them every moment that they are in your home. Try to have multiple adults on hand to watch them as they pack.  Speak up and stop them, if you see that things are not being properly handled.  Find out EVERYTHING you can about them before signing on the dotted line.  Read reviews.  Verify that they are insured.  Call the Better Business Bureau to find out if they have complaints lodged against them.

We leave behind a home we loved, friends we hold dear, the most wonderful health care professional EVER (Mandy Erwin – Mandy’s Primary Health Care), my fabulous hair dresser (Christy at Fancy Cuts), and so many precious memories.

Help for Have Sippy Will Travel 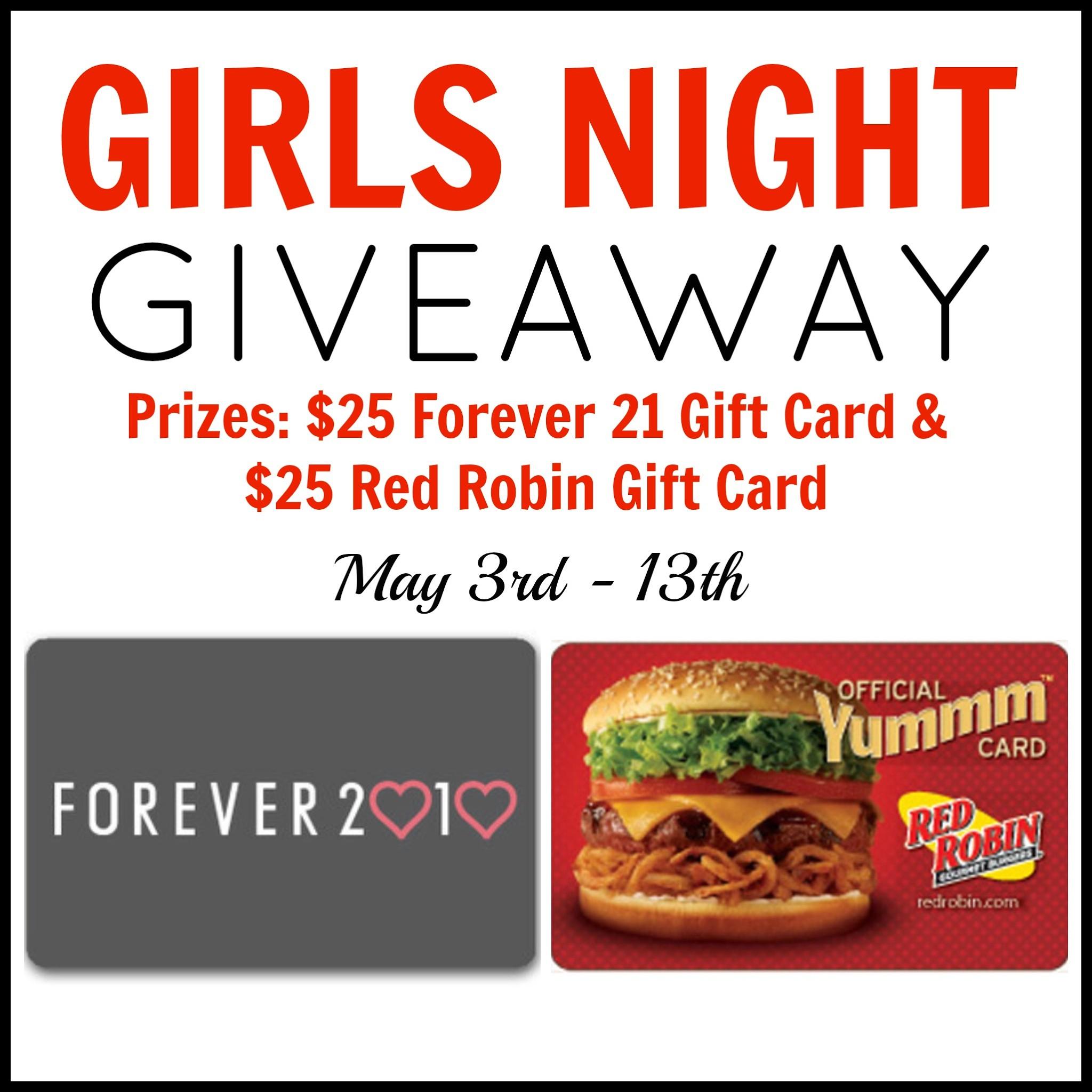