For some people, there is no better way to end the day than by sinking into their sofa and enjoying some TV. And now, thanks to the many different streaming services that have gained popularity over the past few years, there is more choice than ever before. In fact, some people believe that we are now going through a golden age of TV and what’s on the box is a lot better than any recent cinema releases.

So, why spend a fortune on tickets and popcorn at the cinema when you can simply binge watch a box set at home for a lot less? You might be surprised to find that you end up spoilt for choice with what to watch! The list before should give you a few ideas, though, as I’ve summed up some of the best TV shows of the 21st century. How many have you already seen? 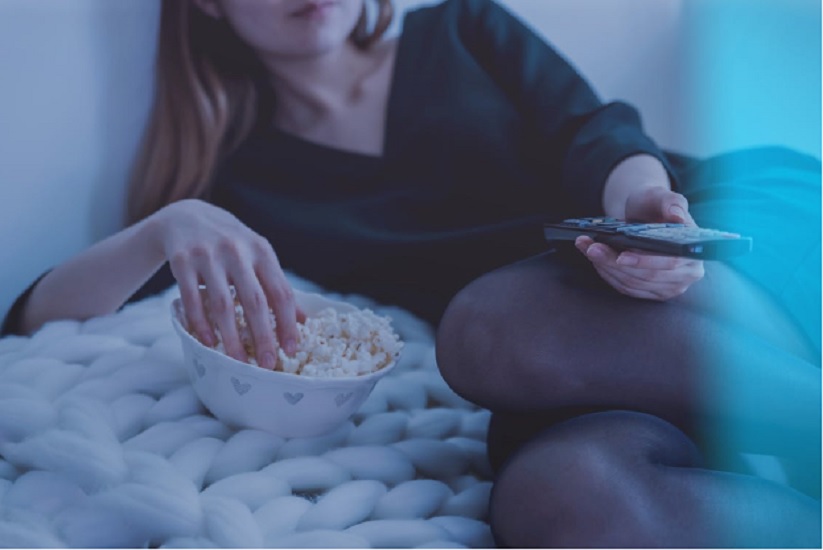 Time to subscribe to Optimum so that you can watch Netflix without any connection issues – you’ve got a lot of catching up to do if you haven’t already seen Mad Men, which is now on the streaming service in full. Arguably the best show ever to grace our screens over the past couple of decades, this show follows the lives of some high-flying advertising professionals based in New York City in the 1960s. It made huge stars out of its main cast, including Jon Hamm,Christina Hendricks, and Elisabeth Moss. One of the defining features of the shoe was the attention to detail put into creating the period sets and costumes. You will definitely feel like you have been sent back in time to New York’s swinging 60s as you get deeper into the dramas that all the characters face.

Another highly popular drama that was boosted by the popularity of Netflix was Breaking Bad. Remember the guy who played the Dad in Malcolm in the Middle? That’s Bryan Cranston, and before he landed the lead role in Breaking Bad, he had a handful of roles in some comedy shows, including Seinfeld. But this big drama series saw him shake off his comedic past and break into the world of drama! In the show, he plays Walter White who is diagnosed with cancer. Along with an unlikely sidekick in the shape of Aaron Paul’s Jesse Pinkman, he ends up getting deeper and deeper into the world of crystal meth. It’s a show that is guaranteed to keep you on the edge of the sofa in every episode!

You and …? Tag your partner in crime! #BreakingBad #partnerincrime #Partner #tv #series

If you ask any die-hard TV fan, I’m sure they will tell you that The Sopranos was the first show that signalled the dawn of the golden age of TV. Running from 1999-2007, this show followed a family of gangsters in New Jersey. One of the most notable features of The Sopranos was the amount of character development given to each of its characters, even those that didn’t receive much airtime. It dived deep into everyone’s character and, as a result, its plots of themes were a lot more textured as a result. It’s safe to say that this show was probably the very first binge-watchable show that there was! It also features one of the most divisive finales that has ever been. Some fans loved it while others loathed it – but you will need to watch the series first so that you can make up your own mind about it!

On paper, it doesn’t sound like the most inspiring of TV shows – get a bunch of wannabe models together and make them take on challenges and compete against each other in the hope that they are crowned America’s Next Top Model. But the show was a surprise hit, largely down to the likeability of its host, former model Tyra Banks. The show also brought on a regularly changing line-up of judges, and some special guests who got to sit on the judging panel for one show. These included the likes of Janice Dickinson and Kimora Lee Simmons. Some of the winners have been able to make it big in the world of modelling since the show – they include Adrianne Curry and Naima Mora.

America’s Next Top Model was so popular throughout the 00s and early 10s that there is no wonder a few different spin-offs were created. One of the most popular has to be RuPaul’s Drag Race. Even though there is no official link between the two shows, it is very hard to deny that Drag Race took a lot of inspiration from America’s Next Top Model! The shows follow drag superstar RuPaul on his quest to find the country’s best drag talent. The show has been going for ten seasons now, and it just gets better and better each time. It’s exactly as you would imagine a show based on drag to be – very over the top! There’s a lot of sparkle and glitter, and a lot of drama as the queens don’t always get along too well…

When Game of Thrones started on TV in 2011, it didn’t receive a whole lot of attention. However, as the show progressed, people started to cotton onto it, and it is now one of the biggest HBO shows ever. The TV series is based on the fantasy books by George R.R. Martin. The story takes place on the fictional continents of Westeros and Essos, and focuses on the noble families of these regions. There is a whole lot of drama and a myriad of battle scenes, so it’s certainly not for the faint hearted! As well as a thrilling plot, the show also boasts an all-star cast, including Sean Bean, Emilia Clarke, and Maisie Williams. This box set should certainly be in the homes of all fantasy fans out there!

Raise your banners. Join us in celebrating the 7th Nameday of #GameofThrones. #7Years7Kingdoms

The past couple of decades haven’t just been good for TV dramas – comedies have also done exceptionally well as well. Possibly the most popular comedy show of the 21st century has to be The Office. Originally created for UK audiences by Ricky Gervais, this show proved to be so successful in Britain that it was then sold to a US TV network. They chose to re-film it with an American cast so that it would appeal more to US audiences. Steve Carell took over Ricky Gervais in the lead role, and John Krasinski, Jenna Fischer, and Rainn Wilson also joined him in the cast. The show quickly won rave reviews and a whole host of awards, including Golden Globes and Emmys.

These days, Benedict Cumberbatch is a household name. Wondering what the show that helped launch him to a career of superstardom was? Even though he had been in a few shows before it, Sherlock has to take all of the credit for this. Based on Arthur Conan Doyle’s fictional detective and sidekick, the show follows Cumberbatch as the arrogant detective and Martin Freeman as his loyal sidekick, Doctor Watson. The show’s reception has been hugely positive and it has been garnered with all kinds of awards and accolades. Its fans are some of the most dedicated as well, and there is a huge fandom behind the show. The fans are so dedicated that they often turn up at the filming locations to try and catch glimpses of Cumberbatch and Freeman in their trademark costumes.

Now that Netflix is so huge and watched by millions of people across the world, it has been able to produce some of its own shows and movies. Some of them haven’t always been a hit with audiences, but others have really taken off. Take The Good Place, for instance. This quirky comedy starring Kristen Bell and Ted Danson, is set in the afterlife, although it isn’t the afterlife as we would imagine it! Bell stars as Eleanor Shellstrop, who ends up in the good place, which is a form of heaven, by mistake. The first season of the show follows her in this afterlife as she tries to pass as someone who has been good all her life. There are a lot of twists and turns along the way, and there is certainly a lot more story to it compared to other more traditional comedy shows!

How I Met Your Mother

Another comedy that has done extremely well with audiences and critics in recent years has to be How I Met Your Mother. The show follows Ted Mosby (Josh Radnor) and his friends in New York City. However, there’s also a secondary plot that features Mosby in the future explaining to his children how he met their mother. The whole show is leading up to this one piece of information, and it will certainly keep you guessing and coming up with theories along the way! Just be warned that the final season wasn’t to everyone’s taste!

So, how many of these greatest TV shows of the 21st century have you seen? And which ones were your favorite?!