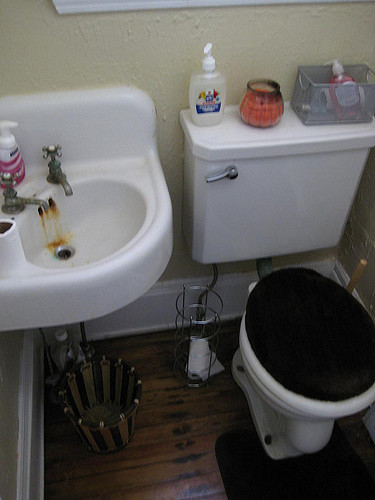 In most instances, the bathroom is a pretty small room. It certainly doesn’t need the same space as, say, a bedroom. You don’t need to fit a bed in there, or spend that much time in there at all. But, a small bathroom can be stressful, especially in a family home. During your morning routines, it’s likely more than one person uses the space at once. And, that can be pretty difficult if things were tight to begin with.

For the most part, there’s nothing to be done about the square footage of your bathroom. Unless you’re willing to embark on pricey renovations, you’re stuck in that respect. But, that doesn’t mean you don’t have any space saving options at all. There are many ideas out there about how to make the most of your small bathroom. Taking heed of any of those would make a difference here. But, most of them involve adding storage solutions and such. In reality, that may not be your only option. In fact, it’s possible that there’s a lot of wasted space in your bathroom that you don’t even know about. For proof, let’s consider a few of the space wasters you could do with getting rid of.

The separate shower cubicle and bath

In some instances, bathrooms are designed with a separate shower cubicle and bathtub. You shouldn’t need us to tell you how much of a waste that is. If this is the design in your bathroom, it’s probably a fact you’re all too aware of. There’s no getting around the fact that you don’t need both of these things. In most instances, a family has their preferences anyway. If no one ever uses that bathtub, don’t hesitate to get rid. It may seem a shame right now, but that’s a substantial amount of space you’ll be gaining. If your family use a mixture of the two, you could always compromise with a shower head over the bath. With high-power shower heads readily available, there’s no reason this should be any different from a cubicle. Well, apart from the fact that you’re standing in a bath instead.

Take some time to talk this through with your family. Ask how each member tends to wash. If it turns out the bath hasn’t been used for over six months, this should be a no-brainer. We all like the option of soak now and again. But, you probably like the idea of the extra space a lot more.

Admittedly, many new-design bathrooms no longer include a bidet. But, if your room was designed in years gone by, it’s likely that a bidet features in there somewhere. But, in truth, these are pretty dated now. Even if people in your house still choose to use the feature, it’s unlikely that this is worth the space. That’s especially true when you consider that there are now options for a bidet attachment in your toilet seat. This serves the same purpose; only it does so without taking up any extra room. So, there’s no excuse to waste that space anymore.

In truth, the main reason many of us have left our bidets in place is fear of removing them. And, there’s no denying that this is hardly an easy job. The bidet will be attached to your plumbing system. On top of which, most bidets are on top of concrete bases. But, if you have the will, it’s entirely possible to remove this on your own. Bear in mind, though, that it’s unlikely your floor will come through a project like this unscathed. You may well end up retiling the whole thing. But, don’t be too fast to dismiss this option. It’s still an awful lot easier than extending the entire room.

Any guide to saving space in the bathroom will have a focus on storage. Smart under-sink cabinets are big business in that field. In truth, though, these may be using up more floor space than you’d think. And, when size is an issue, floor space is usually a priority. Sure, you don’t want clutter all over your sides. That’s hardly going to help in this instance. But, you may want to think about overhead storage instead. A cabinet above your sink, for example, can save an awful lot of room. A slimline option won’t even take up much space. When it comes to storage for shampoos and conditioners, why not install a shelf in your shower cubicle? Again, it saves floor space while providing all the storage you need. If you have young kids in the house, there’s also a good chance you have a fair few bath toys around the place. Why not invest in a bath hammock which can keep them out of sight and mind?


You may well be wondering how your door is taking up unwanted space. After all, it’s a necessary part of the room, and you shut it when you’re in there anyway. But, if you have an inward facing door in a tight bathroom, it can cause issues. After all, you then have no choice but to keep the necessary floor space free. At least, you have to if you want to get in the room. Yet, the majority of us don’t even consider this issue when we’re thinking about saving space.

For obvious reasons, a solid door is pretty essential for a bathroom. In other cases, you could install beaded curtains instead. But, when it comes to privacy, they don’t quite provide what you need. So, you might want to consider changing the direction in which your door opens. If it’s possible, this is a simple job which could make a huge difference. And, all it takes is a little work on your part. This has the benefit of improving the flow of your home. It also makes it easier to fit more than one person at a time, and you won’t have to worry about keeping so much floor space free. 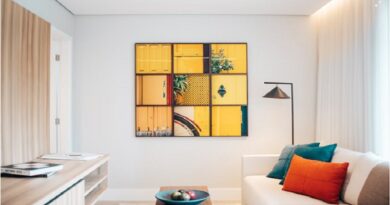 What to do When You’re Tired of Your Home Décor 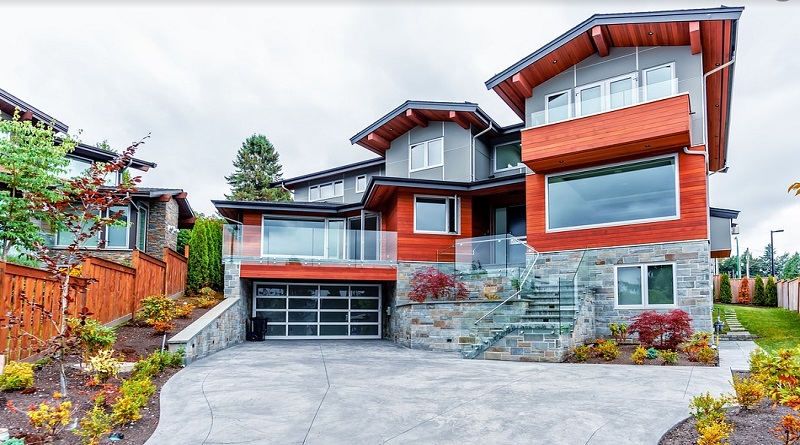 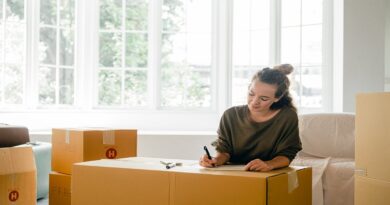