Disclaimer: Beautiful Touches has received items from some of the brands below to facilitate this publication, which is part of our Gift Ideas and Buying Guides series of posts. All info on products/services come directly from brands.  Any opinions stated are those of the authors.

It’s that time of year. Cooler temps (at least it isn’t in the high 90’s every day here in sunny Florida), for some, the fall leaves are bursting into beautiful colors, and the holidays are upon us.  If you haven’t already started shopping for holiday gift giving…stay tuned! 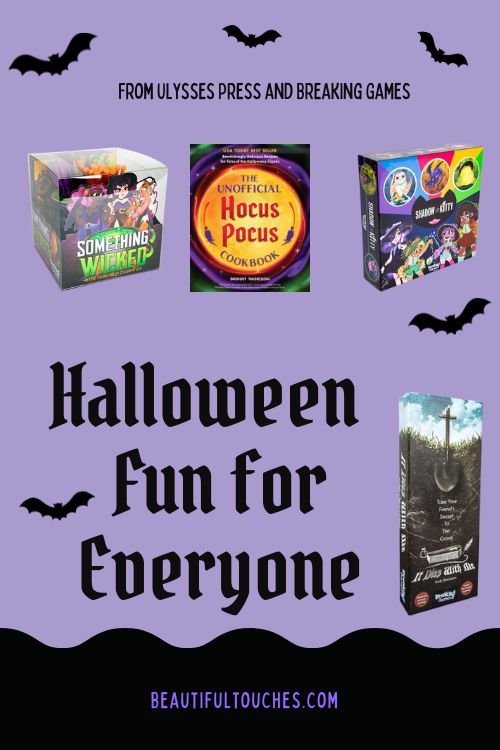 Halloween Fun for Everyone

Before you start playing…cook up some devilish dishes!

Named for five of the last seven years as one of the “fastest-growing small publishers” by Publishers Weekly, Ulysses Press is reinventing the relationship between reader, author and publisher.

Beyond market-driven, Ulysses Press focuses on highly targeted niche groups that aren’t being offered the books they want by the big corporate-owned New York houses.

As pop culture changes at the speed of the Internet, books have a powerful role to play in the interconnected world. But no new media has ever eliminated an existing media form. They force change, and with change comes opportunity. That is why our printed books work hand in hand with e-book and online versions of their content. 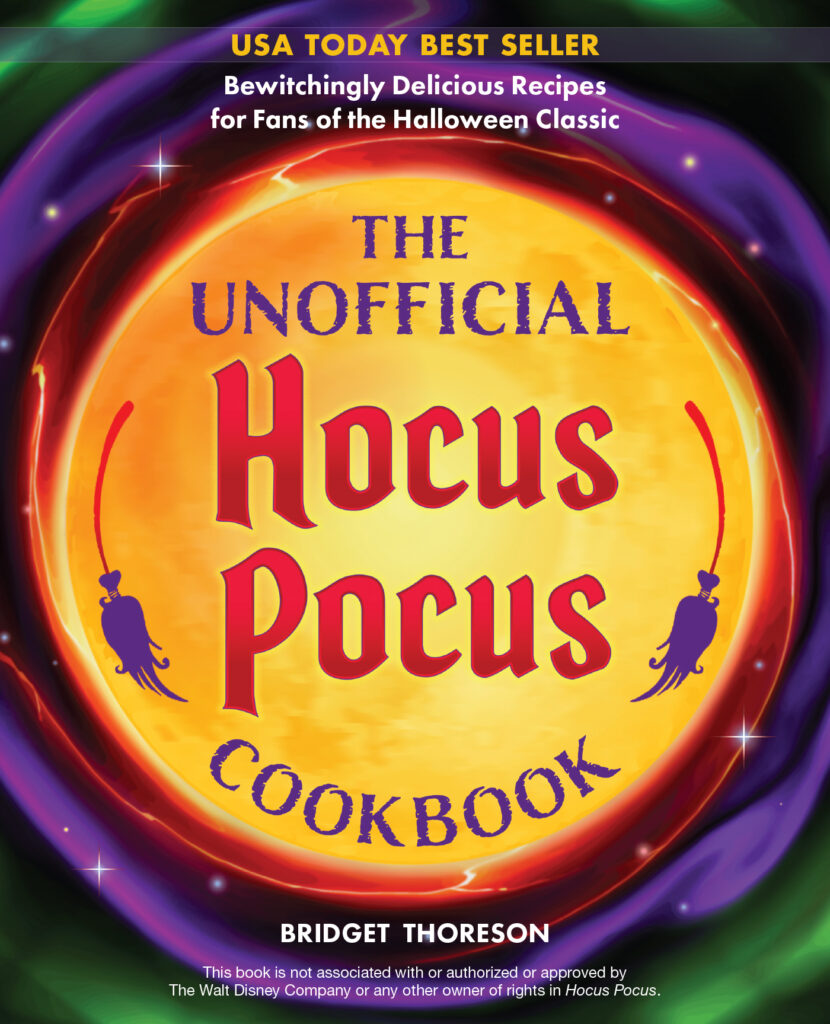 Join the Sanderson sisters just in time for Halloween with this spooky and fun unofficial cookbook sure to put a spell on you!

Since its debut in 1993, the movie Hocus Pocus has achieved cult-classic fame, with both children and adults as a loyal fanbase. Fans fall in love with the delightful, demonic and diva-esque Sanderson Sisters and the sleepy New England town they torment. Now you can conjure up your own spooky treats and bewitching drinks to celebrate Halloween, whether you’re attending a surprise rave in town, or just spending “a quiet evening at home.”

The Unofficial Hocus Pocus Cookbook is filled with fare inspired by everyone’s favorite witches and their spells, potions, and schemes. It is the ultimate must-have for fans of all ages—but don’t worry, no children were harmed in the test of these recipes. Inside you’ll find frightfully delicious recipes for:

Fun family and adult games specifically themed to the spooky, haunted and all things Halloween! All the below games are $25

Breaking Games is an award-winning tabletop game publisher and manufacturer, dedicated to providing fans with the best in card and board games – in design, game play, and interaction. In its first two years, Breaking Games developed Mensa Select winners for 2015 and 2016, as well as IndieCade finalists, and multiple games in Walmart, Target, Barnes & Noble and local game stores in the US and worldwide. Breaking Games directly works with independent designers on design, development, art, and promotion to bring their vision to life. Breaking Games is proud to produce some of today’s most innovative family, strategy and party games

A familiar card game of mystical matches and witchy words.

Play as wonderful witches who must work together to free their friendly familiars from the confines of the Cursed Clock! Break their curse by speaking enchanting spell combinations, like Sniffer*Whiffer, Trash*Pigeon & Fluffy*Nightmare! Create chains of four unique spells to save your cute critters before the clock strikes THIRTEEN… but beware, with every error, the clock ticks ever closer to sealing them in forever! 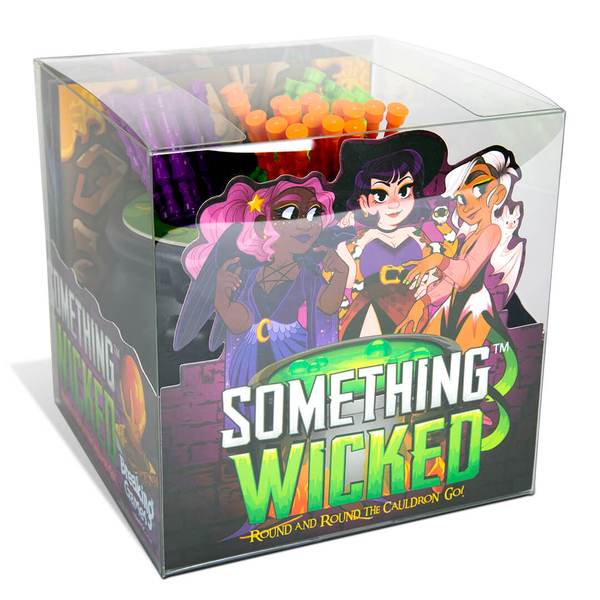 Round and Round the Cauldron Go!

Magic wands you use to throw, into the caustic boiling stew, the items of a witches brew! In Something Wicked, players become witches gathered around a large plastic cauldron. Using Bubble, Toil, and Trouble actions to move and take plastic wands from the cauldron, as well as getting other witches to match their moves, the witch that has taken thirteen wands of the same color becomes the most wicked witch!

It Dies with Me 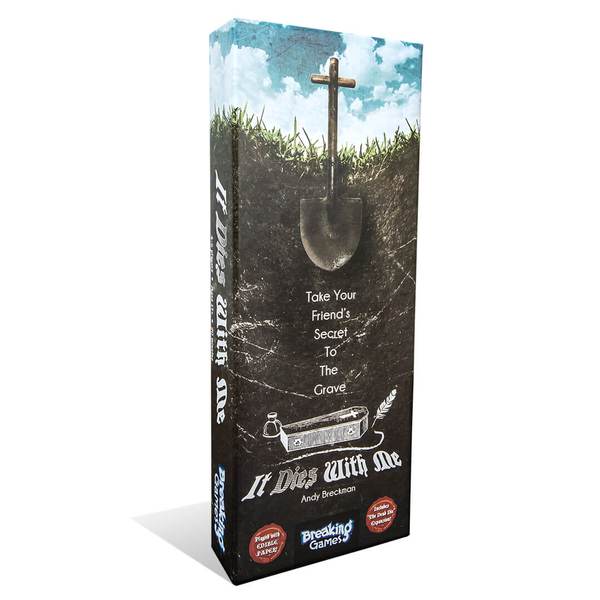 Take Your Friend’s Secret to the Grave!

From the award-winning comedy writer and producer Andy Breckman (Monk, SNL, and more), comes a game like you’ve never seen before! A Secret is written by someone at the table. It is written on a piece of edible paper, then, players try to win to read then EAT the secret! To win, players use their coffins to hide a number they choose on the die, to either draw cards or move toward the secret. Be careful with your choice though, or another player might cancel you out!

2 thoughts on “2021 Halloween Fun for Everyone: Food and Games”